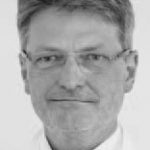 Directional hearing is one of the fundamental characteristics of binaural hearing. Despite this fact, directional hearing is not duly taken account of in clinical practice or by hearing aid
acousticians. Inadequate conditions concerning equipment and space render the use of several loudspeakers difficult. The ERKI setup including five speakers creates 32 virtual sound sources with five-degree resolution by varying the inter-speaker level and time differences in a typical paediatric audiological setting.

Is it possible to measure directional hearing and its post-operational development in CI implantees using virtual sound sources?

The localisation patterns measured are in goodaccordance with published data based on real loudspeakers.

Measurements with hearing prostheses led to reproducible data based on virtual sound sources. The ERKI setup with its five-degree resolution may operate as an upgrade to conventional multi-speaker arrays typically used in paediatric audiology (e.g. the so-called Mainzer Kindertisch). Complex and spatially sophisticated equipment using real sound sources can be dispensed with.