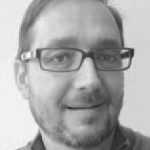 “Refinements and changes to a frequency lowering algorithm”

The implementation of mild frequency lowering to improve access to high-frequency information has had a tremendous impact on hearing aid design, and has been added in many forms to all the major manufacturers’ devices. The concept is to lower high frequencies that fall in areas of the cochlea that are not able to transduce the information, or where levels cause distortion or feedback that renders the information inaccessible. A revised version of SoundRecover, a frequency compression system implemented in Phonak devices, has recently been released and a comparison of the original and revised versions was done to evaluate the changes. A group of 15 severe to profound hearing impaired listeners were fitted with both systems and thresholds for high-frequency sounds were measured. The revised system generated lower thresholds, demonstrating the increased access to high frequencies in severe to profound losses that was the goal of the new system. The system, testing, and results will be reviewed.