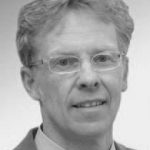 Communication in acoustically adverse conditions – e. g. in background noise or with competing talkers – is associated with cognitive load. Several studies have shown that especially working memory and attention are taxed in these situations.

Hence, methods for assessing listening effort and cognitive load, respectively, are the focus of current research activities. Importantly, they might have the potential to show effects beyond typical measures obtained from speech audiometry. However, several approaches addressing cognitive load also exist within the framework of speech audiometry. In general, they are based on single-task and dual-task paradigms that either provide performance data or reaction times in order to reflect cognitive load. The latter is in agreement with the assumption that cognitive resources are generally limited and thus higher load manifests itself in a longer duration required to perform a certain task.

The talk will give an overview of different approaches to assess cognitive load as part of speech audiometry, and present examples of corresponding studies. Options, limitations, and current methodological development will be discussed.