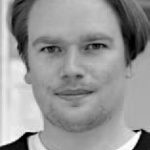 Listening effort is a phenomenon of significant importance. Even minor hearing impairments vastly increase the amount of effort that must be used to understand speech, which can have various negative effects on both health and social relations.

Measurements of listening efforts include self reports as well as behavioural and physiological measures. There are, however, consistent findings of no connection between results gained through different methods, which might mean that the different approaches either do not measure the same phenomenon or are influenced by confounding variables.

Our empirical study tried to explain these differences. While our main focus was on direct scaling by the participant using the category-partitioning scale, recordings of the reaction time were used to validate the findings.

The results show almost identical correlations between results gained by means of the two methods and various indicators for speech intelligibility. Direct scaling allows for an identification and control of various confounding variables, such as different interpretations of the term listening effort, general fatigue or memory-related issues. Finding and controlling such variables for direct measuring approaches proves to be much harder, if it is possible at all.