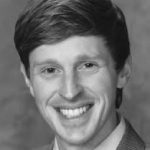 “Searching for specificity in cognitive screeners: MoCA vs PNT”

The relationship between cognitive status, cognitive decline, hearing loss, and hearing aids has garnered significant interest over the last several years. Research evidence suggests a relationship between cognitive decline and hearing loss. Previous research has identified relationships between cognitive status, as screened with the Montreal Cognitive Assessment (MoCA), and audiological factors such as age, hearing sensitivity, and speech-in-noise performance. Work by Goldberg (2015) and Olivera, Goldberg, and Humphreys (2016) suggests the Philadelphia Naming Test (PNT) can be used to assess cognitive status. To further investigate the implications of cognitive screener use, we evaluated interactions between MoCA results and three aspects of audiology practice. Our data indicated a mild correlation between hearing thresholds and MoCA scores. The PNT did not prove sensitive to changes in cognitive ability, as reflected in the MoCA scores. Interestingly, when administered by a trained audiologist, differences were not observed in unaided and aided MoCA screening.