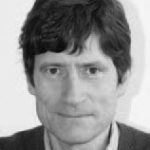 “Hearing threshold, functional gain and LTASS: The ‘speech banana’ by Fant does not represent speech at a normal level of loudness”

Audibility of speech can be estimated by comparing the sound pressure levels of the long-term average speech spectrum (LTASS) and the hearing threshold with or without hearing aids. Traditionally, the “speech banana” according to Fant should represent the LTASS of speech at a normal level of loudness (Leq 65 dB SPL at 1 metre distance to the speaker) in the audiogram. However, there are significant limitations that result in critical overestimation of audibility because the LTASS is too high, and therefore does not represent the range of normal conversation levels.

To begin with, speech levels were measured only with single syllables, rather than with conversational speech. Secondly, the study group consisted of only five to eight Swedish men. Thirdly, the effect of filter bandwidth on the sound pressure levels was not corrected for spectral level values that are required for use in the audiogram.

To estimate the audibility of speech at a normal level of loudness, it is essential to use correctly converted speech levels according to the ANSI S3.5 (Speech Intelligibility Index, SII) standard. For good audibility, hearing thresholds (or hearing thresholds with hearing aid) must preferably be ≤ 20 dB HL for all frequencies.