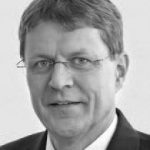 As part of an ongoing study, OpenSoundNavigator devices (OSN, Oticon Opn) are compared with classical directional microphone hearing systems. In a multiple-speaker situation, speech intelligibility with speech coming from an unknown direction is measured in speech noise. The comparison devices are used to check whether the OSN devices offer better speech intelligibility with better direction detection.

All instruments are equipped with external receivers.

Methodology: Measurement is to be carried out at fifty percent voice level, and based on twenty sentences (OLSA) per direction, sixty sentences are used per session. Subjects are “blind”, which means they do not know which devices they are wearing.

25The subjects‘ hearing loss must not exceed 85 dB HL and the lateral difference at a maximum of three frequencies must not be greater than 15 dB HL. Subjects must generally be able to understand the test tasks and speech test.

Results: First results show that the OSN technique makes it easier to recognise the direction from which speech is spoken, and speech intelligibility is also improved.

The final results will be presented at the EUHA Congress in October.