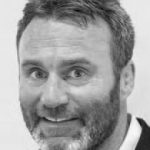 Adults with acquired single-sided deafness (SSD) have been fitted with cochlear implants (CI)
in Germany for several years now, with great success. Many SSD CI users appreciate regained spatial hearing with the CI. Moreover, they report improved speech intelligibility in noise. In conditions featuring several separate noise sources and with a great distance between the CI patient and the talker, as is the case in classroom situations, only little benefit for speech intelligibility may be expected from the CI.

In conditions featuring several separate high-level noise sources and with a great distance between the SSD CI patient and the talker, using a CI alone is not sufficient. These conditions require the use of a wireless remote microphone system on the CI ear, or even bilaterally, to significantly improve speech intelligibility in these patients.