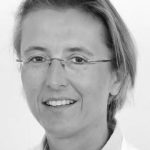 At the ENT Clinic of Hanover Medical University, 26% of cochlear implant recipients in the patient collective are over 65 years of age. Within this age group, neurodegenerative changes are sometimes evident that may manifest themselves as forms of dementia. As a result, there is reason to assume that the success of CI provision may be impaired.

Based on the results presented, we shall show that hearing impaired seniors, including those with cognitive difficulties, benefit from hearing systems. By using standardised MRI protocols before CI implantation, no adequate differentiation of any existing morphological functional deficits can be achieved. On the basis of further examinations, we will in future attempt to improve predictability, and at the same time make a clearer distinction between cognitive abilities and hearing loss. 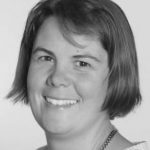 According to the applicable guidelines for hearing aids, the Freiburg monosyllabic speech test can be used for evaluating hearing aid fitting in noise. Speech recognition must be improved by at least ten percentage points above measurement conducted without hearing aids. Information on the noise to be applied is missing in the guidelines. Therefore, this study focused on the impact of the selected noise and presentation mode of the noise on monosyllabic speech recognition. Measurements were conducted with listeners with normal hearing at various signal-to-noise ratios. Both noise and speech signals were presented from one loudspeaker located in front of the listener. CCITT noise, ICRA1 noise, a noise according to DIN 60645-2, and a speech-shaped noise developed from the speech material were chosen as noise signals. The results showed a significant impact of the noise on monosyllabic speech recognition. There was also a significant difference in speech recognition between continuously presented noise and noise presented only during word presentation. For comparisons of hearing aid measurements, information on the type of noise presented and the presentation mode is required. 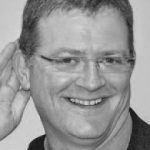 “Reducing listening effort by using binaural features in hearing aids: An EEG study – the next steps”

Measuring listening effort is particularly suitable for evaluating the effectiveness of hearing device algorithms in environments where, due to almost positive SNR conditions, speech intelligibility is not an appropriate measurement parameter for differentiation. In a previous study, analysis of electroencephalograms (EEGs) has been shown to measure listening effort by quantifying the cognitive load. To confirm this observation, the same methodology was applied to re-evaluate the influence of modern hearing aid algorithms on listening effort.

Twenty subjects were fitted with hearing devices where either a binaural beamformer, an omnidirectional microphone, or an alternative competitive approach was activated. While performing a memory task, activity in the EEG alpha band 8 to 12 Hz was recorded. After completing the test, participants were asked to subjectively rate listening effort. 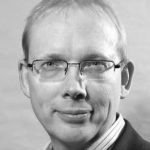 In the presentation, we shall present new results regarding the test-retest reliability of ACALES. We also evaluated different noise reduction algorithms concerning their effect on listening effort. The results showed that directional as well as non-directional algorithms for noise reduction can significantly reduce listening effort in a commercially available hearing aid. 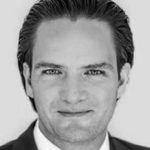 Difficult situations and delicate messages are part of everyday life: change projects, demanding negotiations, missed sales targets, … and that chat with your pubescent son or daughter at home. What you need to do is show attitude
and remain confident under pressure.

But why does our everyday life keep us so busy? What makes delicate messages delicate? And what is the characteristic of confidence?
In this keynote, Peter Holzer will show how you can manage this balancing act by being hard on facts, while remaining fair to people. Look forward to an exciting journey into the world of the invisible code of status, power, and influence.